“Wicked Game” is a song by American rock musician Chris Isaak, released from his third studio album Heart Shaped World (1989). Despite being released as a single in 1990, it did not become a hit until it was later featured in the David Lynch film Wild at Heart (1990). Lee Chesnut, an Atlanta radio station music director who loved David Lynch films, began playing the song and it quickly became a nationwide top ten hit in January 1991, reaching number 6 on the Billboard Hot 100 chart, making it the first hit song of his career.

The song is a ballad about unrequited love, performed in a melancholy tone.

…What a wicked thing to do, to make me dream of you…

With you. With you. (This world is only gonna break your heart)

With you. With you. (This world is only gonna break your heart)

Christopher Joseph Isaak (born June 26, 1956) is an American rock musician and occasional actor. He is best known for his hit “Wicked Game,” as well as the popular hit songs “Baby Did A Bad Bad Thing” and “Somebody’s Crying.” He is renowned for his signature 1950s rock & roll style and crooner sound, as well as his soaring falsetto and reverb-laden music. He is closely associated with film director David Lynch, who has used his music in numerous films and gave him a large role in the film Twin Peaks: Fire Walk with Me. His songs generally focus on the themes of love, loss and heartbreak. With a career spanning four decades, he has amassed a total of twelve studio albums, and has accumulated numerous award nominations and tours. He has been called the Roy Orbison of the 1990s, and is often also compared to Elvis Presley, Ricky Nelson and Duane Eddy. (Source: Wikipedia) 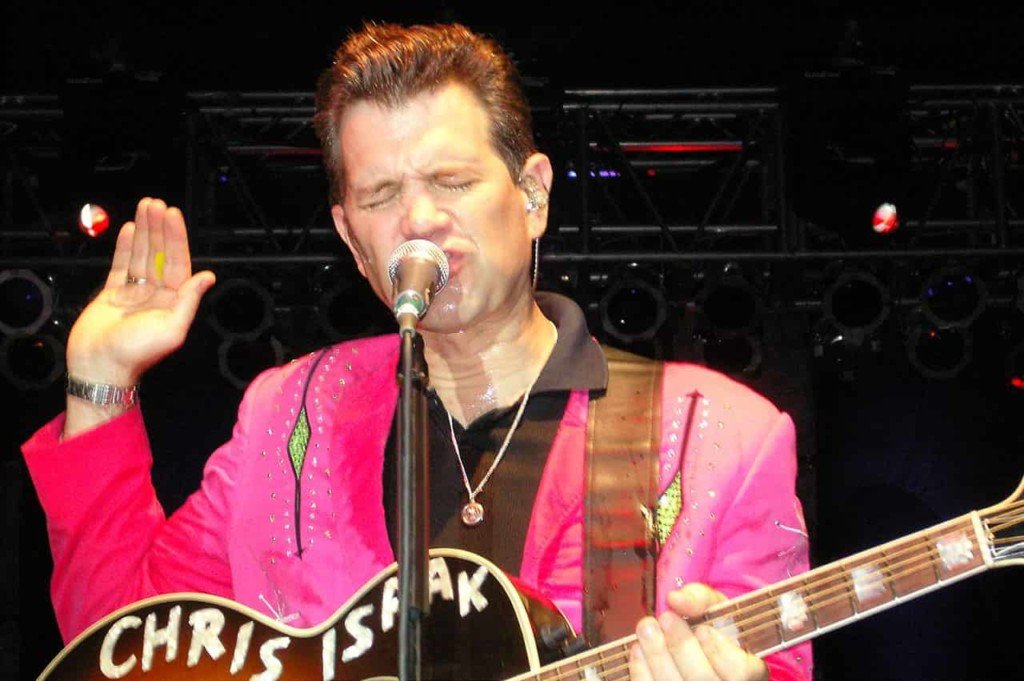