The Providence Mandolin Orchestra is a group of amateur and professional musicians united by the love of performing a unique style of music. They are committed to carrying on the rich tradition of the American mandolin orchestra while actively promoting original, new pieces.

They welcome new members and take pride in introducing audiences to their unique sound and instruments. They strive to enrich their community with their cultural presence and have become a major contributor in the international field of plucked string music.

The Providence Mandolin Orchestra was formed, as clearly as we can tell, in 1914.
News articles and historic programs tell of PMO performances in the first decades of the twentieth century with Giuseppe Pettine and William Place Jr., both premier mandolin virtuosos in the United States during the instrument’s “Golden Age”. The current version of the PMO dates from 1971, when it was revived by Hibbard Perry. Mark Davis, who has conducted the Orchestra since 1989, succeeded Perry as Music Director. Since 1989 the PMO has one of the leading American mandolin ensembles with regular performances throughout the eastern United States and Western Europe.
The PMO is dedicated to the performance of both traditional and contemporary music, including pieces written for the ensemble. In the past several years the PMO has given US or world premieres of new works by Clarice Assad, Betty Beath, Richard Charlton, Jim Dalton, Owen Hartford, Victor Kioulaphides, Annette Kruisbrink, Stephen Lalor, Olaf Naslund, Michael Nix, Robert Schultz, Emile Stopler, Caroline Szeto, Francine Trester, Frank Wallace, and August Watters. Also over the past several years the PMO
has embarked on an ambitious program of joint performances with leading European mandolin ensembles, including Het Consort (Netherlands); the Ensemble a Plectre de Toulouse (France); the JZO-NRW (Germany); the Orchestra of the International Mandolin Academy (Italy), and the Saarländisches Zupforchester (Germany).

PMO Music Director Mark Davis Mr. Davis is a guitarist and mandolinist, conductor, teacher and performer. He and his wife Beverly Davis run the North Meadow House Concert Series, and perform regularly as a duo. Mr. Davis began his guitar and mandolin studies with Hibbard Perry, and continued his studies with the pioneering German guitarist/conductor/composer Siegfried Behrend from whom he inherited his fascination with contemporary forms of musical expression.

For the latest news and general information about PMO check the external links below. 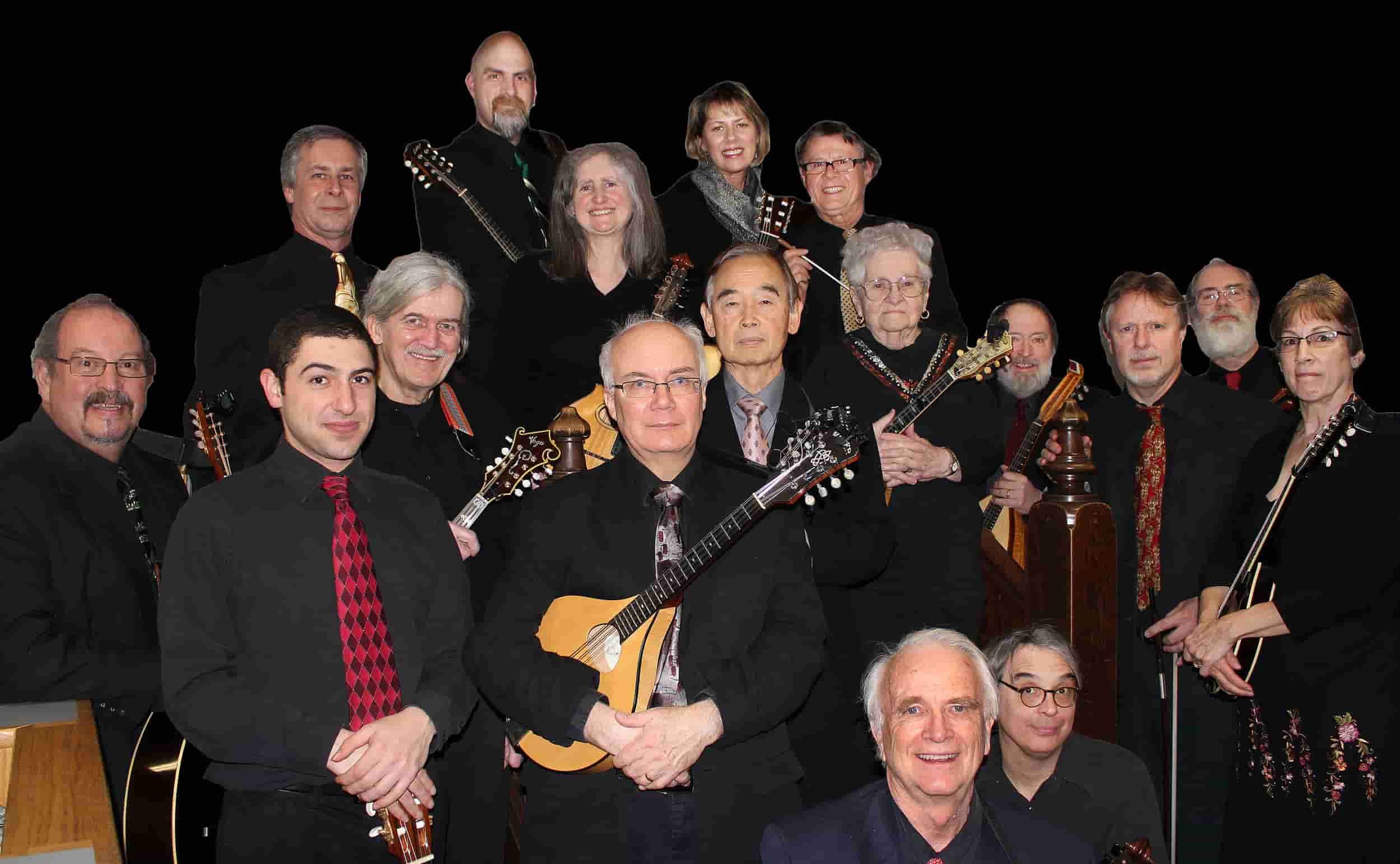 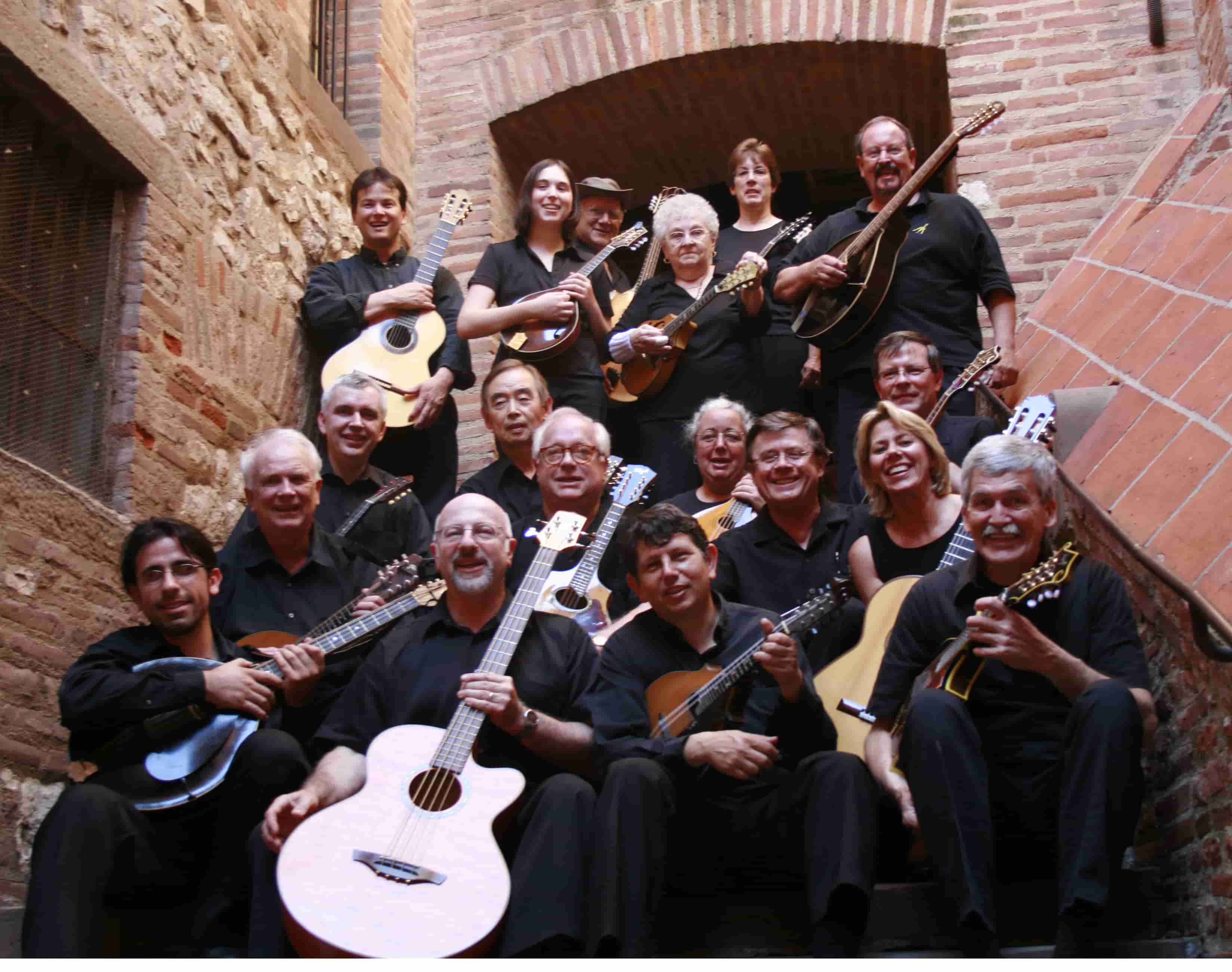 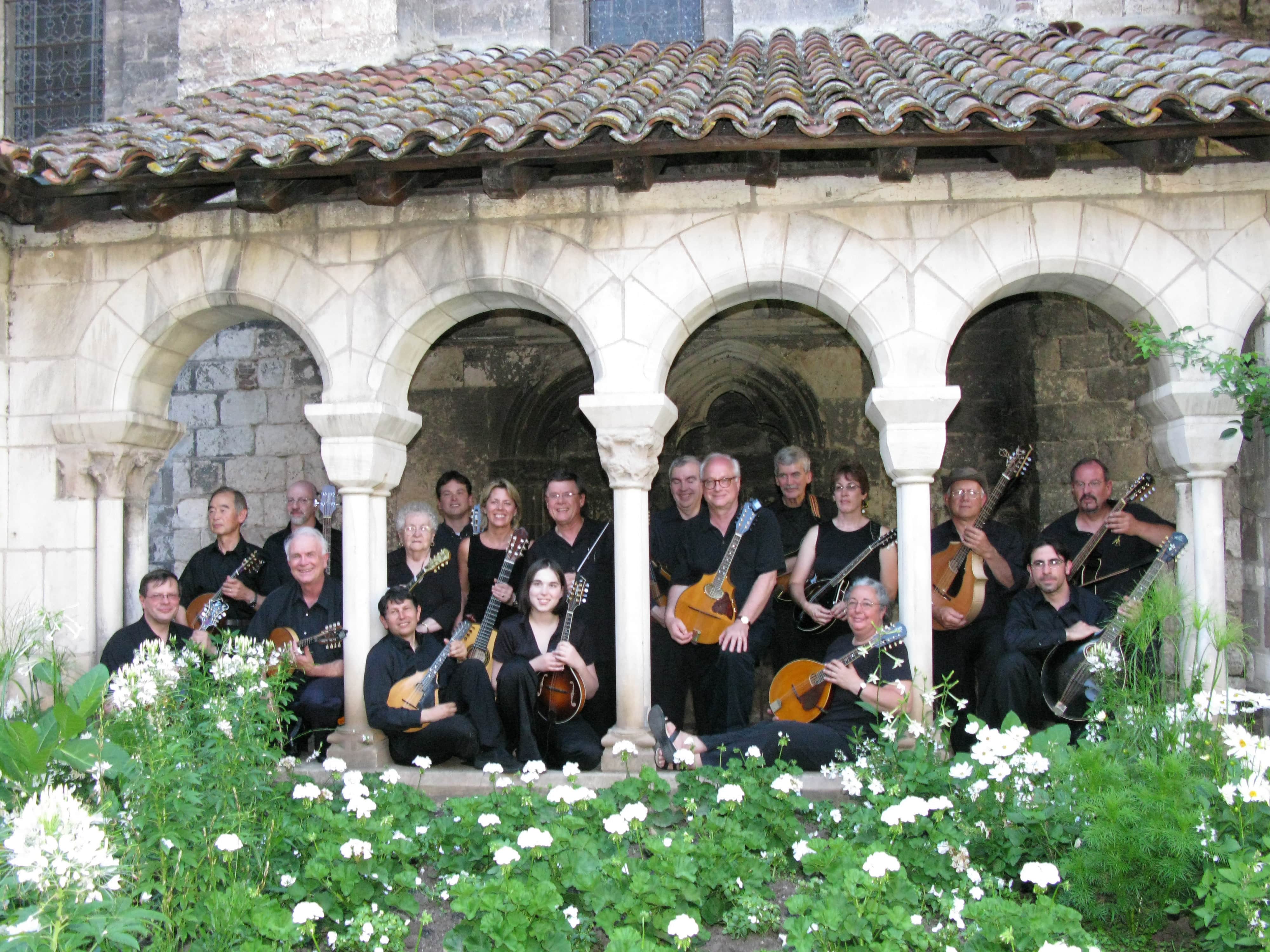 And some pictures from PMO history 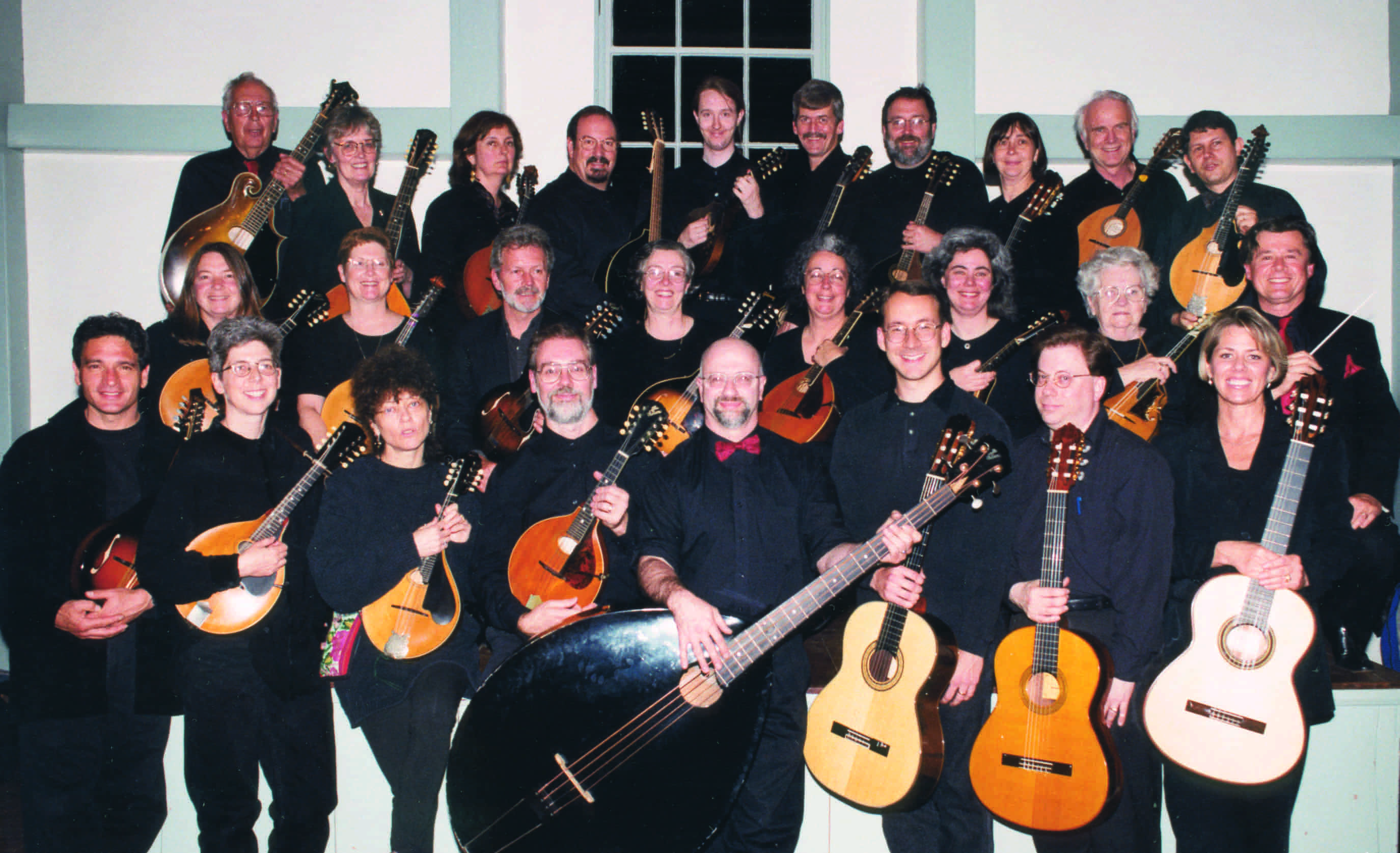 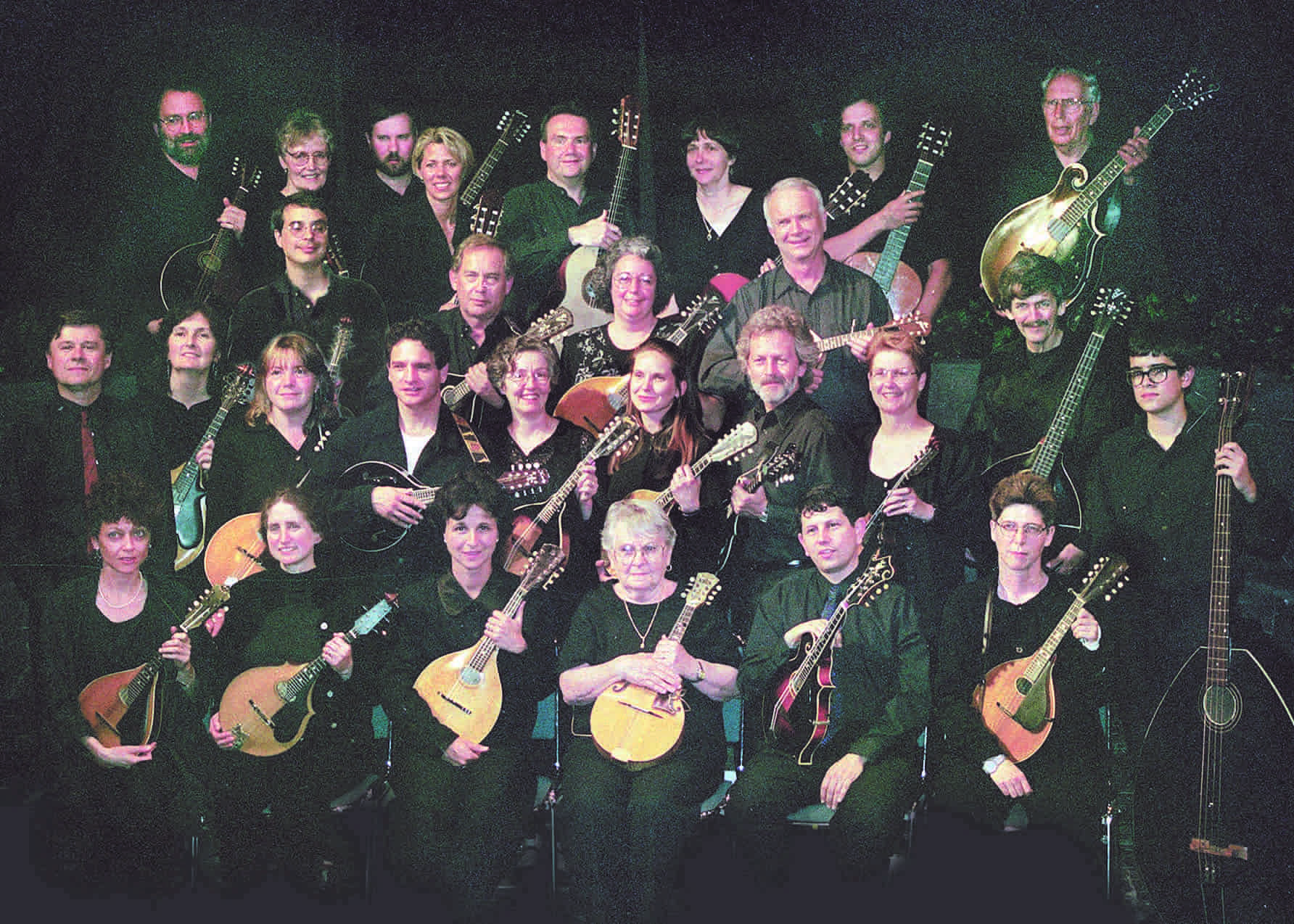 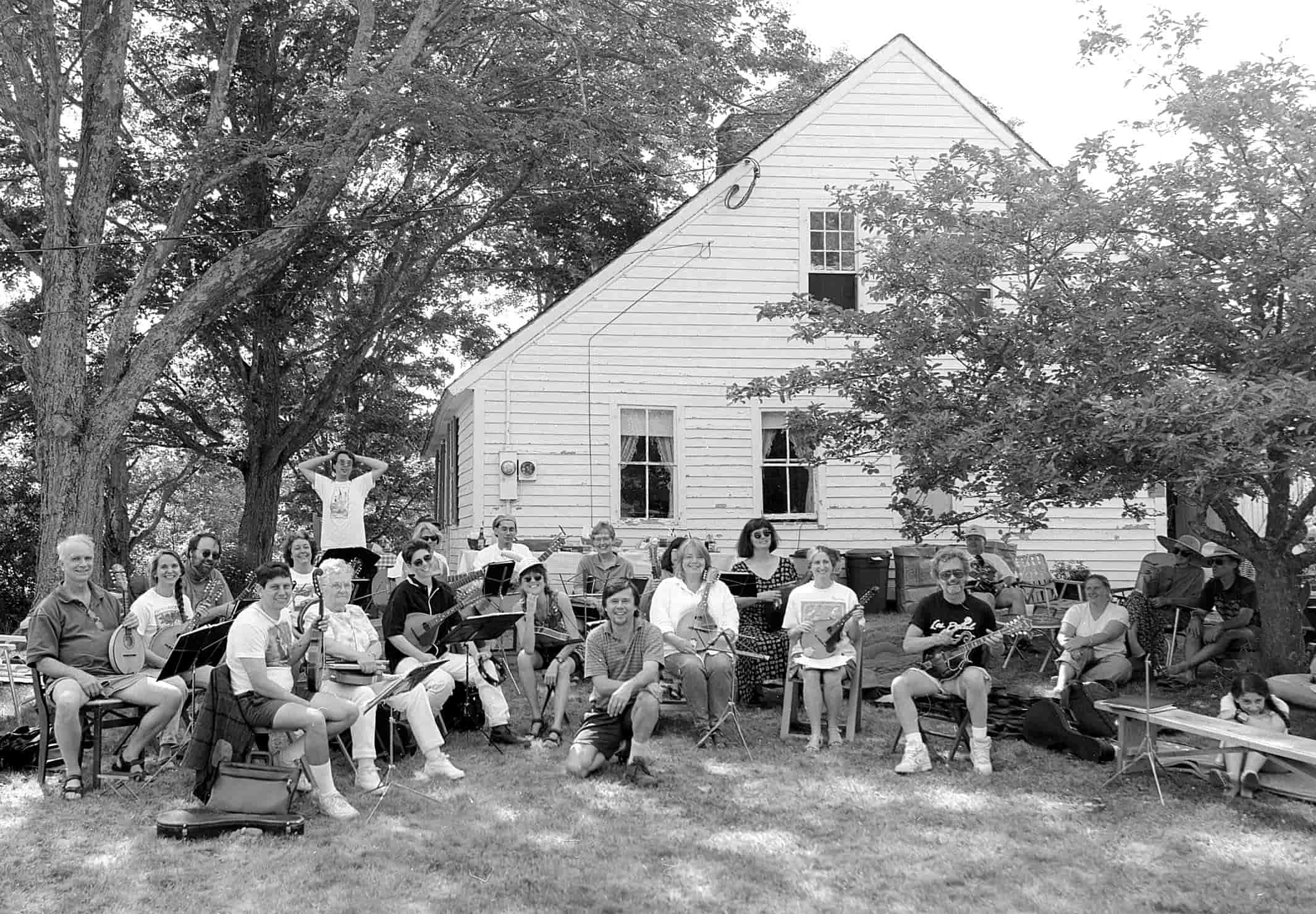 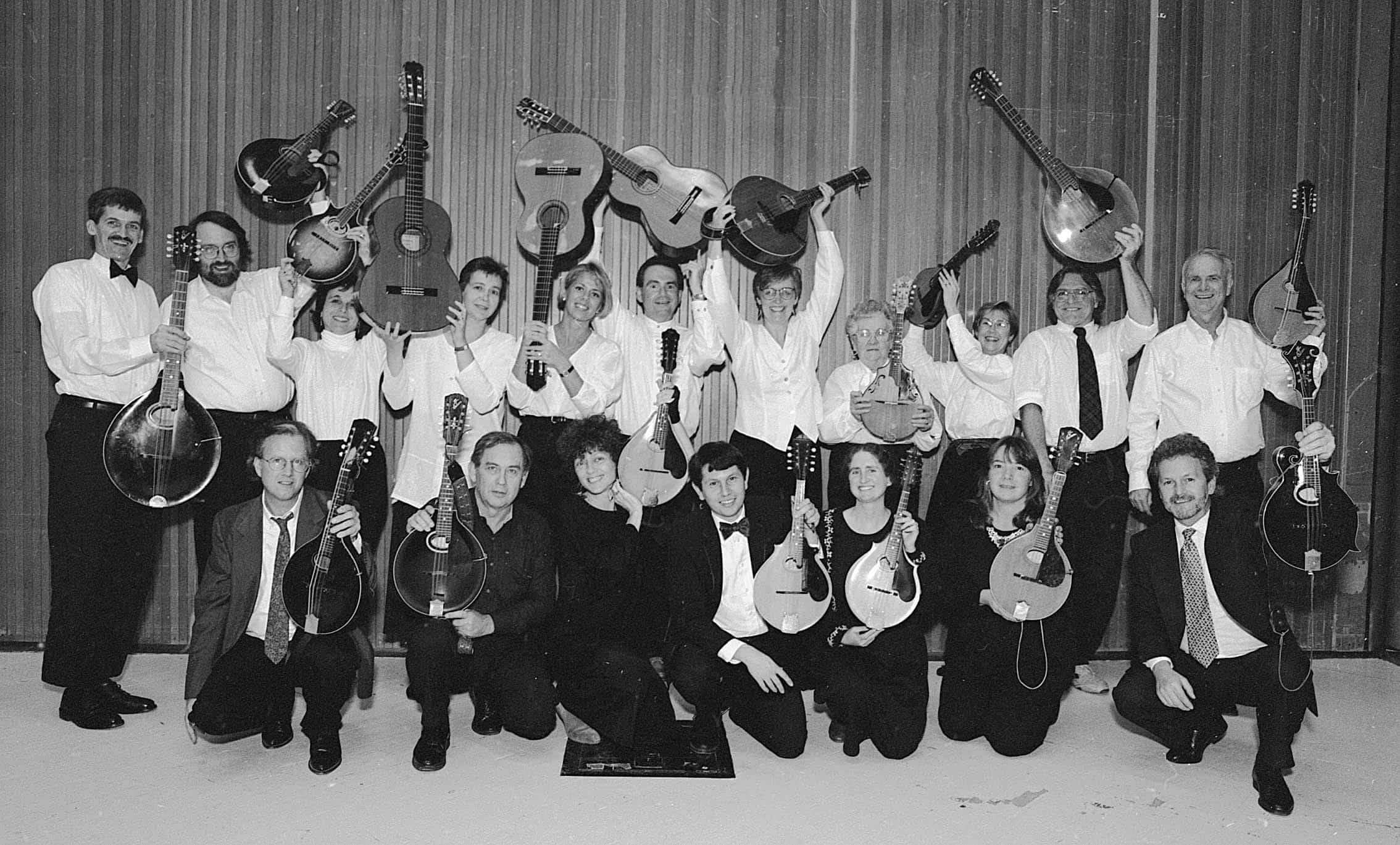 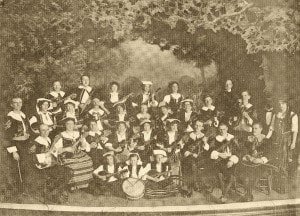 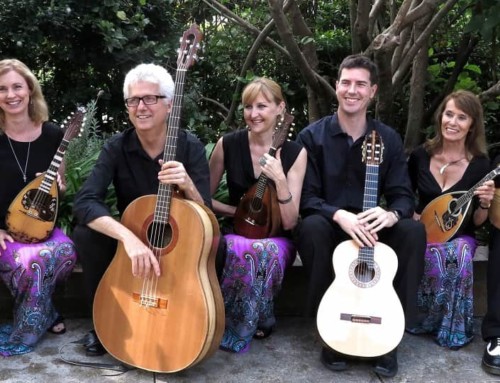 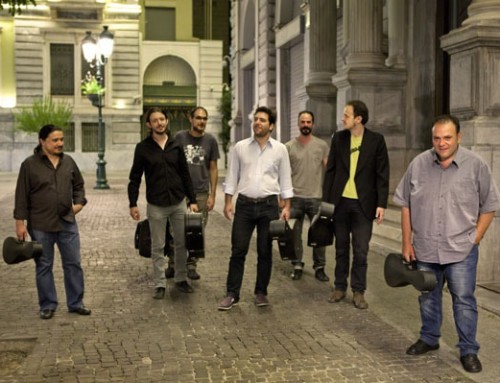 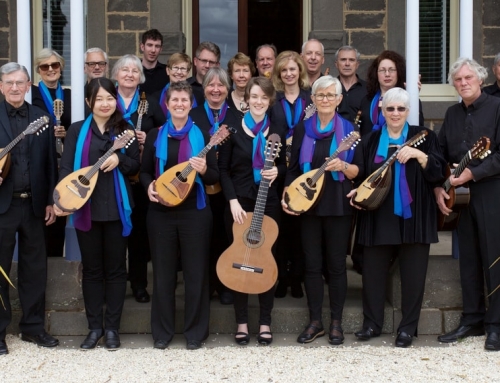 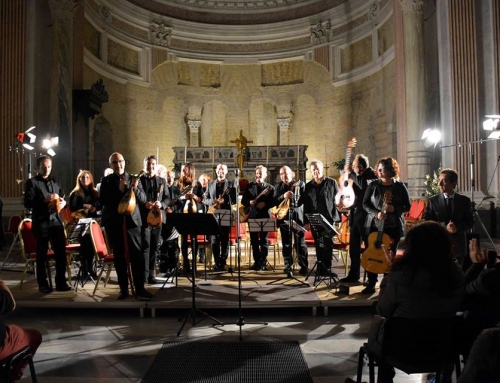 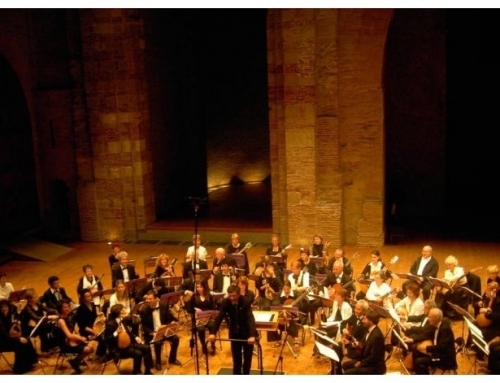 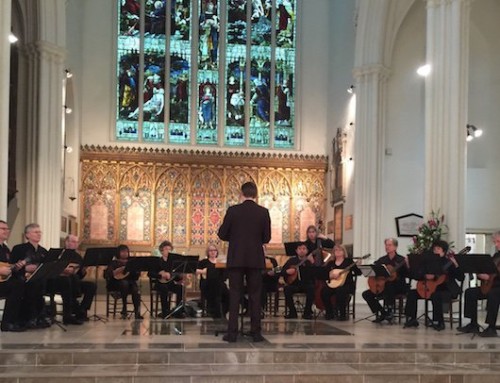