A new lead mandolin from Richard Morgan just arrived all the way from Tasmania to be included in ExtraordinaryInstruments. I was very happy and curious to see the new instrument that Richard has made, especially as it is the first of its kind. Smaller body but big sound. Ha! 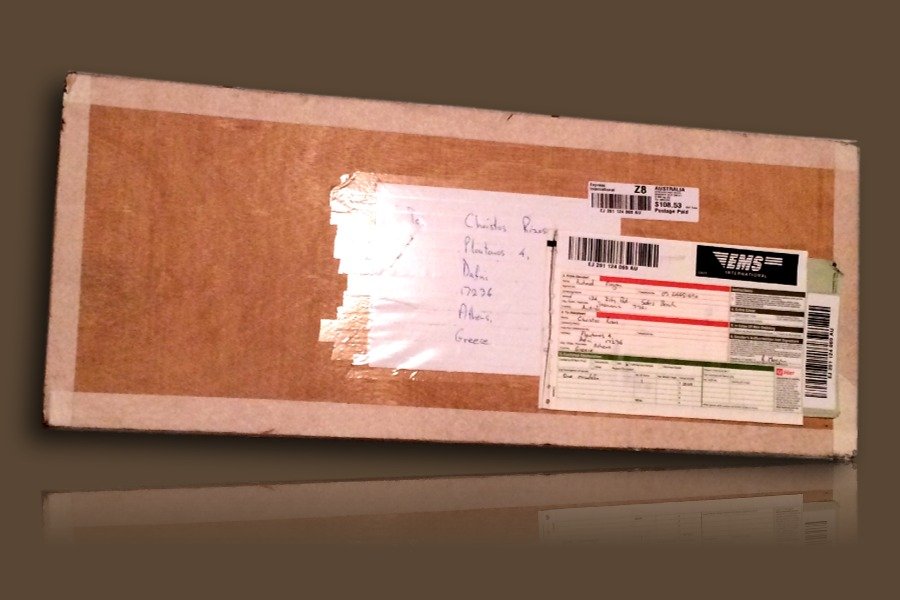 The mandolin arrived in a small box, too small to believe that it contained a music instrument. Guess that I was wrong. The wooden box that Richard made is excellent. Good protection and low weight and footprint.

(I would love to see a box made of fibreglass, but I could not ask Richard that!) 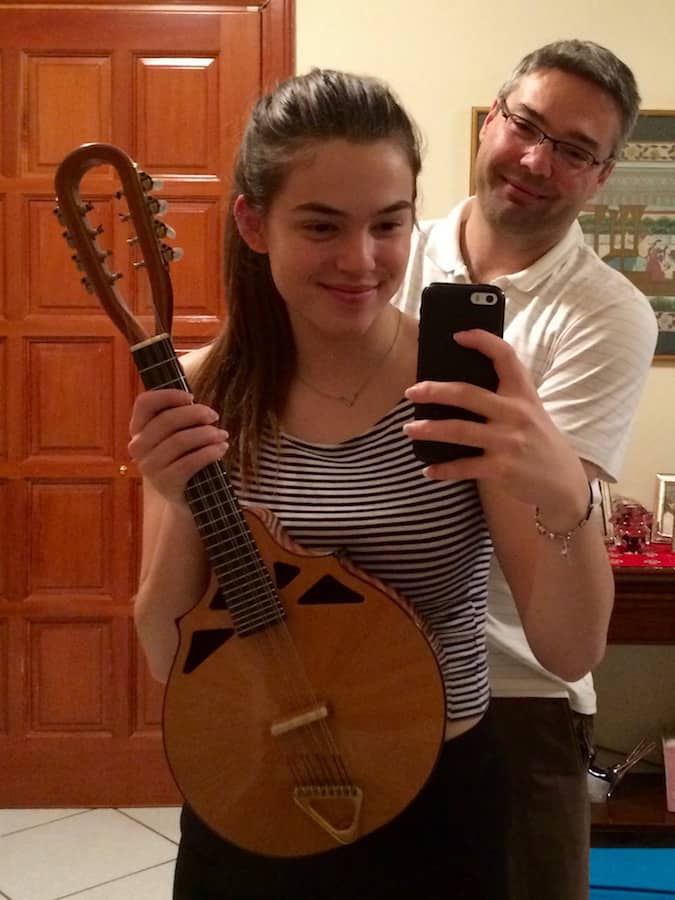 Everybody wanted to see the new mandolin, but I had to be first, right? Well, yes, but it turned out that I wasn’t. Alexandra was quicker and more convincing. She even asked for a selfie with me in it. Imagine that!

(She knew she would have me convinced with that trick) 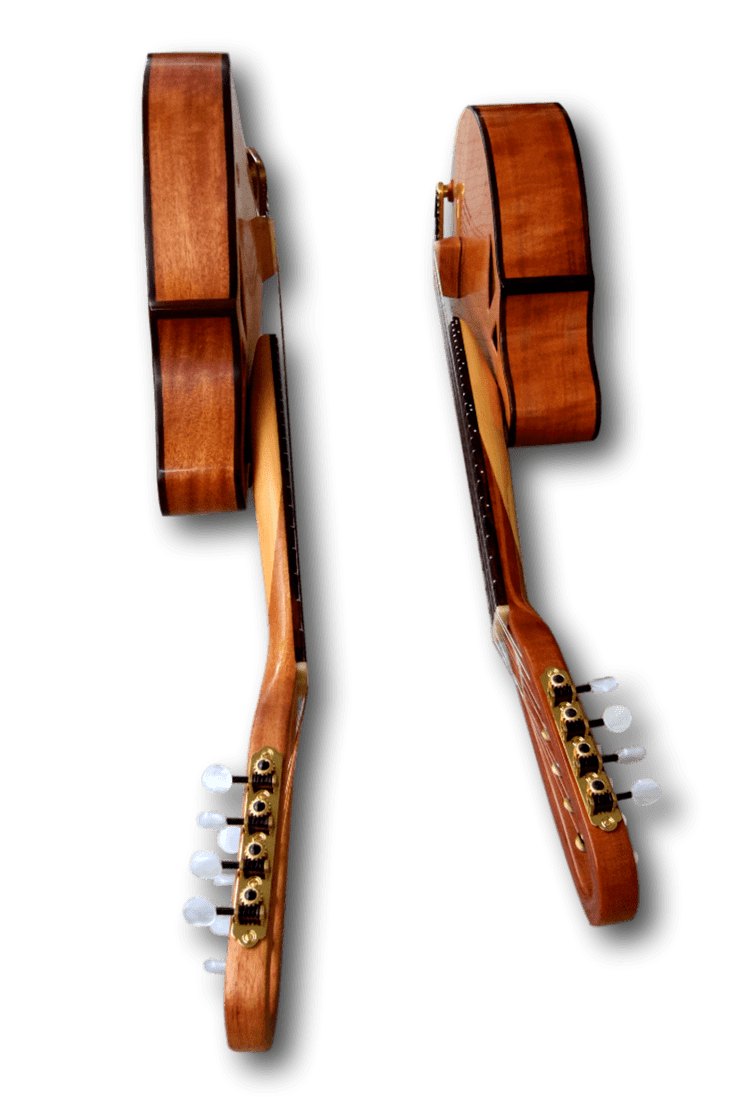 I was very curious to compare this new beauty with the other 8-string mandolin from Richard Morgan that I currently have, the one that has a larger body and I used for recording the Partita here at theMandolinTuner. It is smaller! But I like it! (It does not matter what size it is, just what sound it produces).

This small guy is extraordinary, that is why it will be added in ExtraordinaryInstruments, before it is sent to its owner. Oh, yes, it has an owner already. I know. I am thinking the same thing too. I will not say it though. But you may as well do. At the comments.