What makes Mike Marshal special in my eyes is his versatility and his unique style. He is a master on mandolin, guitar, mandocello and violin, and you can see him playing bluegrass with Edgar Meyer, Bela Fleck or Chris Thile, Brazilian choro music with Hamilton de Holanda or Baroque classical with German mandolinist Caterina Lichenberg, Mike is able to swing gracefully between all of these musical styles with a unique blend of virtuosity, depth and musical integrity that is rare in the cross cultural musical world of today.

A composition of Mike Marshal, the Gator Strut, is one my favourite pieces of mandolin music, as it is at the same time so demanding technically that can be used to show-case the virtuosity and technique of musicians but at the same time it is really beautiful. A master piece for my standards.

Mike grew up in Central Florida, where he cut his teeth on traditional American music. His interest in many musicals styles however eventually led him to the San Francisco Bay Area to join the original David Grisman Quintet in 1978 at age 19. This band toured and recorded with the legendary jazz violinist Stephan Grappelli, Mark O’Connor and guitarist Tony Rice. They performed on the Johnny Carson Show that same year and toured Europe and Japan and helped set a new standard for American stringband music. 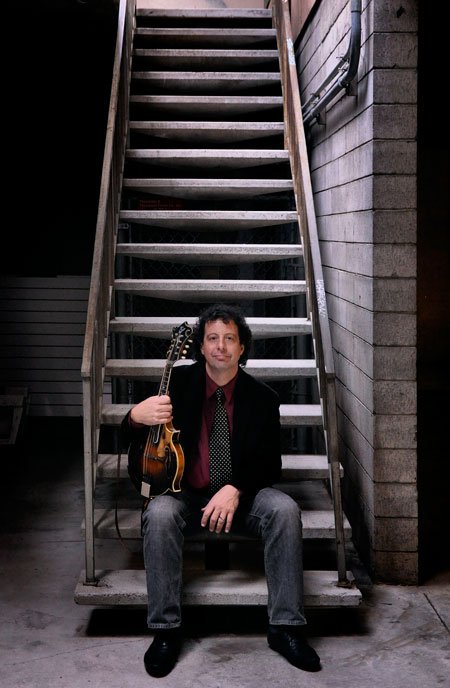 Since then, Mike has continued pushing the boundaries of acoustic music and can be heard on hundreds of recordings as a composer, featured artist, sideman and producer.

During the 1980s, Mike recorded for the Windham Hill label with his group The Montreux Band and also formed the classical ensemble, The Modern Mandolin Quartet. This group redefined the mandolin family in a classical music setting with many newly created works for this format and recorded 4 CDs during it’s tenure.

In 1995, Mike began his love affair with the music of Brazil. After a visit there, he embarked on an in-depth study of the roots of Brazilian popular music, Choro. This obsession has led to recordings and concerts with some of Brazil’s finest musicians, including Hamilton de Holanda, Danilo Brito, Jovino Santos Neto and Hermeto Pascoal. His group Choro Famoso has helped spearhead a wave in the U.S. for this infectious style. In 1999 Mike also created his own label, Adventure Music which has released over 30 CDs to date of the music of Brazil.

Mike’s association with bassist Edgar Meyer led to 2 CDs for the Sony Classical label. One with long time friend Bela Fleck the other with violinist Joshua Bell and mandolinist Sam Bush, Each were nominated for GRAMMY awards and in 1999 the group played on the Grammy award TV show.

Mike has always had an interest in helping young artists and has over 2 dozen CD productions to his credit including The Hot Buttered Rum Band, Cadillac Sky, Laurie Lewis, Alison Brown, Tony Furtado and George Brooks.

As he does so engagingly in his music, Mike also applies his artistic aesthetic to his principal hobby: cooking. Already known as one of the best chefs amongst his musical pals, he has been trading guitar lessons for cooking lessons with Michael Peternell: head chef at Berkeley’s famed Chez Panise Restaurant. He’s also been spotted there slicing carrots and peeling onions ‘back stage’!

As a teacher, Mike founded a one week mandolin camp for in 2002 with his long time friend David Grisman. The Mandolin Symposium takes place the last week of June at U.C. Santa Cruz with over 150 mandolinists and 10 of the greatest players/teachers in the world. 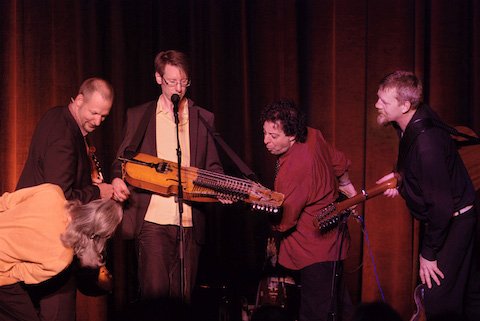 If you want to attend a concert or performance from Mike Marshal, I recommend you check with his official site for dates and events (see external links below). Here is a link to Mike Marshal Calendar.

Biography of Mike Marshal from his personal site

Biography of Mike Marshal at Wikipedia