By Chris|Categories: Diatonic Chords|Comments Off on Mandolin Theory – Diatonic Triads

Diatonic (Greek: διατονική) and chromatic (Greek: χρωματική) are terms in music theory that are most often used to characterise scales, and are also applied to musical instruments, intervals, chords, notes, musical styles and kinds of harmony.

Although many people aren’t aware of it, a typical piece of music actually follows a certain set of “rules,” when it comes to which chords are used. That is, not just any chords can be used- only certain chords are used. Some chords belong, and others don’t. As long as you know which chords “belong,” then you can create music that has a certain “unified” feel to it. That’s a powerful thing! This knowledge is like a “secret code” that helps composers to compose, improvisers to improvise, and performers to perform.

Here are the C Major Diatonic Triads, played on the mandolin! 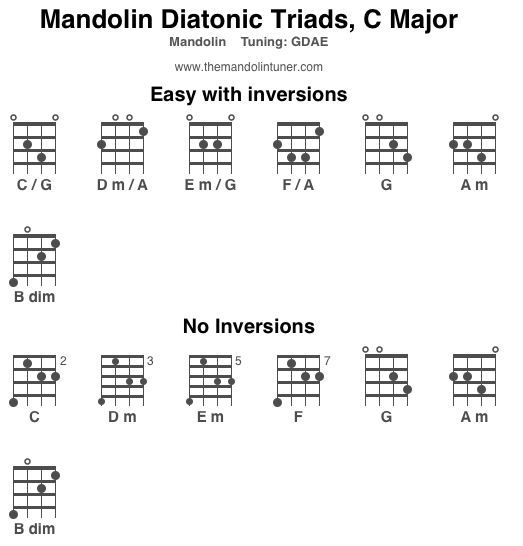 And here are the C Minor Diatonic Triads, played on the mandolin!

Update 4 March: thanks to a friend from Facebook, mandolinist Fil Pate, I have corrected the below diagram to show B, E and A with flats, as it should be from the beginning. Thanks Fil! 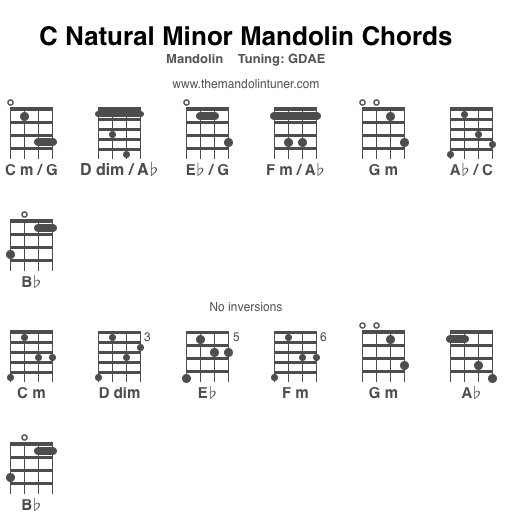 All Scales and Key Signatures articles in the Mandolin Theory series

Diatonic (Greek: διατονική) and chromatic (Greek: χρωματική) are terms in music theory that are most often used to characterise scales, and are also applied [...]

I’m Chris, a mandolin lover from Greece, trained in Music, Mathematics and IT who makes a living on technology but enjoys life through music and arts. Welcome to my adventures!
Page load link