This article in the Mandolin Chords series of theMandolinTuner focuses on F Major.

Below are seven positions you can play the F chord on the mandolin, so get ready for serious practice! 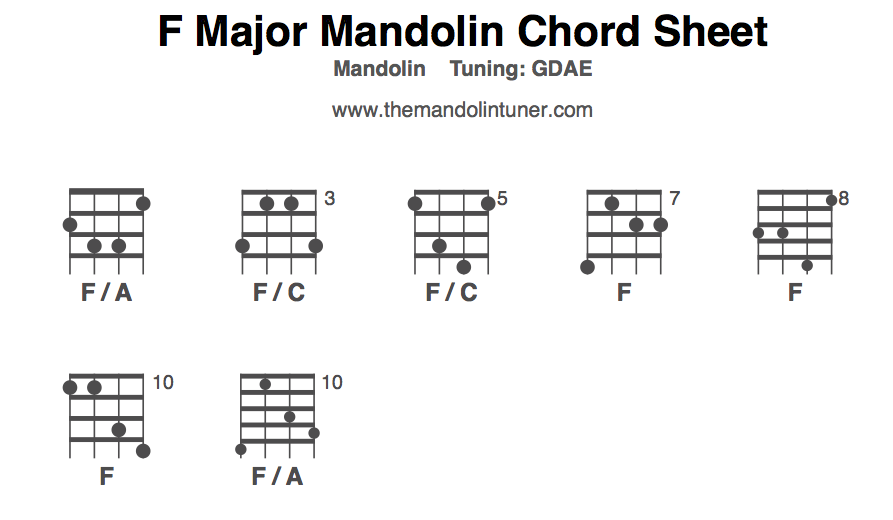