I am sure you have heard this music before. Libertango is a composition by famous tango composer Ástor Piazzolla, recorded and published in 1974 in Milan. The title is a portmanteau merging “Libertad” (Spanish for liberty) and “Tango“, symbolizing Piazzolla’s break from Classical Tango to Tango Nuevo.

This composition has appeared on over 500 separate releases and I think for a good reason. The original release was recorded in May 1974 at “Mondial Sound Studio”, Milan (Italy), with Astor Piazzolla (the composer) playing the bandoneón.

As this is a piece of music that I really like, I decided to play it as a duet with my mandolin and guitar. You can hear my “draft” performance from soundcloud above, where I play both parts (mandolin and guitar), which was … an adventure, as I had to practice  both the mandolin and guitar parts, record them and then combine them in a single piece. 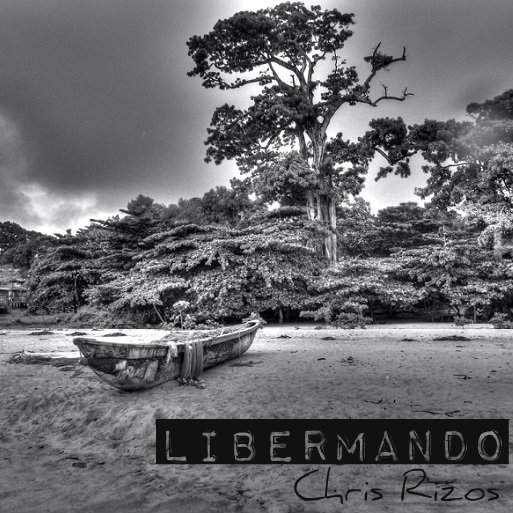 Libertango will become part of my planned recording, which I decided to name “Libermando”, paying a tribute to this famous piece of music. So Libermando is another portmanteau merging “Libertand” (Spanish for Liberty) and “Mandolin”, symbolizing the vision to break from the usual conception that people have for the mandolin, that is to be used only as a folks instrument.
Here is a famous performance of Libertango, with world-class musicians (you do not know them? come on!)
I love also this performance, a highly innovative and modern arrangement for symphony orchestra by norwegian composer Sverre Indris Joner, performed by Sverre Indris Joner – piano, Atle Sponberg – violin, Steinar Haugerud – double-bass and Kristiansan Symphony Orchestra, dir. Rolf Gupta.

A few words about the composer – Astor Piazzolla 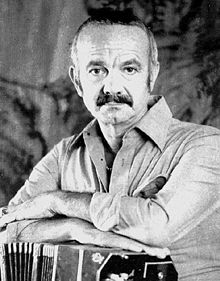 Ástor Pantaleón Piazzolla (March 11, 1921 – July 4, 1992) was an Argentine tango composer and bandoneón player. He revolutionized the traditional tango into a new style termed nuevo tango, incorporating elements from jazz and classical music. A virtuoso bandoneónist, he regularly performed his own compositions with a variety of ensembles.

Piazzolla’s nuevo tango was distinct from the traditional tango in its incorporation of elements of jazz, its use of extended harmonies and dissonance, its use of counterpoint, and its ventures into extended compositional forms.

The use of the passacaglia technique of a circulating bass line and harmonic sequence, invented and much used in 17th and 18th century baroque music but also central to the idea of jazz “changes”, predominates in most of Piazzolla’s mature compositions.

Piazzolla was born in Mar del Plata, Argentina, in 1921. In 1925 Ástor Piazzolla moved with his family to Greenwich Village in New York City, which in those days was a violent neighbourhood inhabited by a volatile mixture of gangsters and hard-working immigrants. His parents worked long hours and Piazzolla soon learnt how to take care of himself on the streets despite having a limp. At home he would listen to his father’s records of the tango orchestras of Carlos Gardel and Julio de Caro, and was also exposed to jazz and classical music, including Bach, from an early age. He began to play the bandoneón after his father spotted one in a New York pawn shop in 1929.

Only 17 years old, Piazzolla moved to Buenos Aires in 1938 where, the following year, he realized a dream when he joined the orchestra of the bandoneónist Anibal Troilo, which would become one of the greatest tango orchestras of that time.

In 1946 Piazzolla formed his, Orquesta Típica, which although having a similar formation to other tango orchestras of the day, gave him his first opportunity to experiment with his own approach to the orchestration and musical content of tango.

Having disbanded his first orchestra in 1950 he almost abandoned tango altogether as he continued to study Bartok and Stravinsky, and orchestra direction. He spent a lot of time listening to jazz and searching for a musical style of his own beyond the realms of tango. He decided to drop the bandoneon and to dedicate himself to writing and to studying music.

In 1953, a Piazzolla’s composition won a grant from the French government to study in Paris with the legendary French composition teacher Nadia Boulanger at the Fontainebleau conservatory. By way of introduction to his work, Piazzolla played her a number of his classically-inspired compositions but it was not until he finally played her his tango Triunfal that she immediately congratulated him and encouraged him to pursue his career in tango, recognising that this was where his true musical talent lay. This was to prove a historic encounter and a cross-road in Piazzolla’s career.

By the 1970s Piazzolla was living in Rome, and exploring a leaner, more fluid musical style drawing on more jazz influence, and with simpler, more continuous forms. Pieces that exemplify this new direction include Libertango and most of the Suite Troileana, written in memory of Aníbal Troilo.