An established mandolin artist, Jacob Reuven has a wide repertoire including classical, baroque but also contemporary and world music. He is a virtuoso and a soloist but also a member of prestigious quartets and ensembles. Jacob is an artist to follow!

Copied from his Official Bio (see external links below): 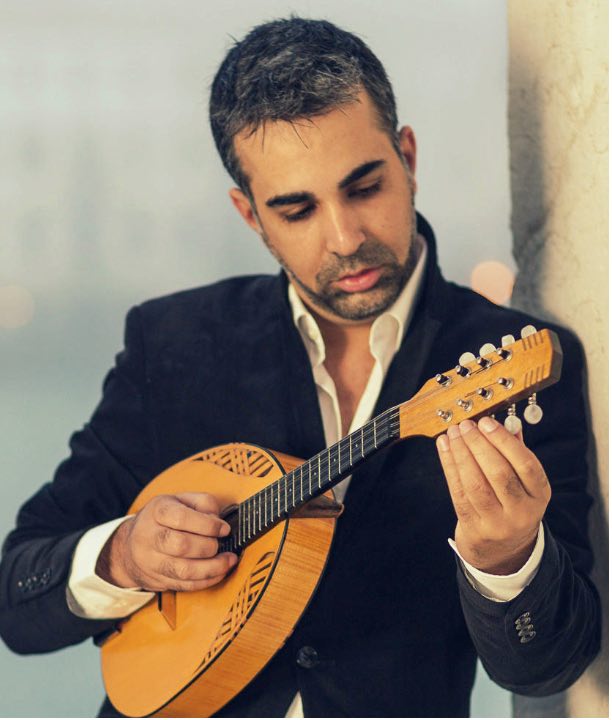 Displaying a unique combination of technical brilliance and a rich musical persona, Jacob Reuven has established himself as one of the most intriguing and sought after mandolin players to have emerged from Israel in recent years. Jacob’s broad musical horizons encompass everything from classical music, baroque music, contemporary music, world music, to music for modern dance and theatre, bringing to all that he does his unique voice and uncompromising musical standards.

Beginning his mandolin studies at the age of eight under the guidance of Prof. Simha Nathanson at the Beer Sheva Music Conservatory, Jacob later studied with Mr. Lev Haimovitch until beginning his studies at the Jerusalem Academy of Music and Dance where he worked with Prof. Motti Smidt. During his studies Jacob had won twice the academy’s prestigious Concerto Competition, which marked the beginning of his promising career.

Jacob has performed as a soloist with some of the best Israeli orchestras and ensembles including the Israel Philharmonic Orchestra, the Jerusalem Symphony Orchestra, the Israeli Sinfonietta ,the Israel Chamber Orchestra and the Twenty First Century Ensemble and played under the baton of conductors such as Zubin Mehta, Mstislav Rostropovitch, Antonio Pappano, Mendi Rodan and Zsolt Nagy.

In 2004, Jacob won first prize in the distinguished International Plectro Rioja competition in Spain and has become internationally known. Since then Jacob has been invited to perform with orchestras such as The Orquestra de la Comunitat Valenciana, and be a leading artist in festivals including the Festival Mandolines de Lunel.

Jacob has set new standards to mandolin playing both in Israel and worldwide being the first mandolin player to ever perform violin repertoire on mandolin with an Israeli orchestra. The warmth, richness and nostlagic flavor of Jacob’s playing were instantanously embraced by both the audience and the critics, and made Jacob well-known for his virtuosic and precise interpretations of violin repertoire for solo violin.

Jacob is an enthusiastic chamber musician and has collaborated with the Jerusalem Quartet and the Vivace Ensemble, among others. He is a member of the award-winning Kerman Mandolin Quartet as well as a member of Barrocade: the Israel Baroque Collective, with whom he often performs as soloist.

Other articles with Jaki

Obsession from Sonata no. 2 by Jacob Reuven – TV114

An inspiring performance by Jacob Reuven of Albeniz masterpiece, Asturias. [...]

Beautiful music by Mozart, a real genius. Performed with a [...]

"I want to bring the concert hall underwater, to shoot [...]

Beautiful and very sensitive. A duet with excellent timing and [...]

Now this one is exceptional. I am greatly inspired by [...]