Fabio Machado is a young virtuoso from the island of Madeira, Portugal. Madeira is an autonomous region of Portugal comprising four islands off the northwest coast of Africa. It is really a great joy to discover virtuoso mandolinists in every corner of the world, and I was thrilled to discover that Madeira is also home of a great mandolin orchestra too, so it seems that its relatively small population (around 230.ooo) loves the mandolin.

So read below to discover Fabio and listen to his recordings.

Fàbio Machado was born in 1985 in Funchal, Madeira. Widely regarded as Portugal’s top leading mandolinist, he started studying mandolin at the age of 9 years and later on joined the Madeira Mandolin Orchestra (Recreio Musical União da Mocidade) and advanced to Concertmaster. He played on radio and national television and recorded two CDs with the Orchestra, named “A Bem da Arte II” and “Bandolins” (“Mandolins”). Machado toured Portugal in 1998 with stops in Águeda, Vila do Conde, Benavente, Santarém and Expo 98.

In 2002 he joins the Orchestra on a tournée through the United Kingdom, playing 9 concerts in various locations such as St. George’s Bristol, and in the St. George’s Windsor Chapel. The last concert was officially inserted in the celebrations of Queen Elizabeth II’s Golden Jubilee.

In 2002 Machado played some N. Paganini Caprices (Solo) at Teatro Municipal Baltazar Dias; in 2004 recorded a DVD with the MMO at the same theater, performing as a soloist.

Machado is particularly fond of contemporary music and a mandolin work has been especially written for him by the Norwegian composer Oddvar Kvam, “A Special Day” for Mandolin and Piano. Machado is also an active transcriber/arranger of mandolin music and has published several works for mandolin and mandolin orchestra, including for Germany’s largest mandolin music publisher “Haus der Musik Trekel”.

In September 2006 performed in “Romeo and Juliet” of S. Prokofiev, at “La Fenice” Theatre in Venice, under the direction of Myron Romanul, Orchestra del Teatro La Fenice together with the Bayerisches Staatsballett. Machado has appeared in England, Italy, Germany and the USA.

In 2009, together with the mandolinist Norberto Cruz, mentored the First Mandolin Workshop to be held in Madeira Island, at the invitation of the Madeira Mandolin Association. In February 2011 was invited by the Portuguese Chamber of Commerce of Hawaii to perform in the island of Oahu (Hawaii, USA) with the Japanese pianist Masami Iida.
In 2004 he joined the Superior Course of Mandolin at the Conservatory of Music “Alfredo Casella” and at the Conservatory “Cesare Pollini” in Padua, always under the instruction of well renowned instructor and artist Dorina Frati.

Fabio Machado is a young virtuoso from the island [...] 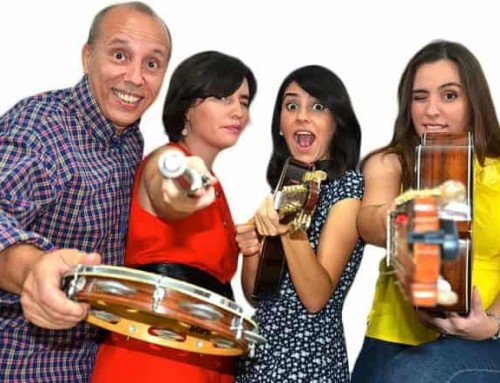