Plektra is a mandolin ensemble based in Sydney, performing a combination of contemporary Australian and Classical works. They bring together diverse musical and cultural influences forming a unique sound that reflects their Antipodean heritage. Much of their material is written and arranged by Stephen Lalor whose training in Kiev and experience across several genres and styles of music is evident in the blend of European, Celtic and indigenous themes that enrich Plektra’s repertoire. 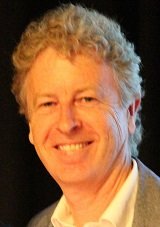 Stephen Lalor’s formal studies include domra (Russian mandolin) & composition at the Tchaikovsky Conservatorium Kiev, and Masters and PhD degrees in music. Stephen is a frequent guest artist with the Sydney Symphony and other major orchestras around Australia & Asia. With world music groups he has performed at festivals ranging from WOMAD to the Montreux Jazz Festival. Stephen has directed and conducted mandolin orchestras and ensembles in concerts and festivals in Australia, the USA and Germany. His music is performed, recorded & broadcast by a number of performers, orchestras & ensembles in Australia & abroad, and heard on ABC Classic FM. Representative works by Stephen are held in the Mediatheque Mahler (Paris) & the US Library of Congress collection. He is represented in Australia by the Australian Music Centre. 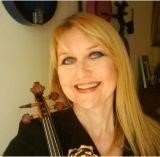 Fiona Ziegler commenced her career as a violinist during her final year’s training at the Conservatorium High School, embarking on a tour of China with the Australian Youth Orchestra. The following year, she became a member of the Australian Chamber Orchestra with which she toured Asia, Europe and the UK. She then became a member of the Sydney Symphony and has been an Assistant Concertmaster of the Sydney Symphony since 1995. More recently Fiona has extended her musical interests to the mandolin, has played with the Sydney Mandolin Orchestra and toured with Plektra. 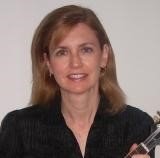 Fiona Orenstein completed her Bachelor of Music Education at the Sydney Conservatorium of Music as a Mandolin major, with Adrian Hooper as her teacher. Playing with ensembles of various sizes such as the Sydney Mandolins, Sydney Mandolin Orchestra and Orchestra 143 has lead her to being in performances for the ABC, 2MBS FM, at the Sydney Opera House and for music clubs. She has performed with Plektra at the BDZ Plucked String Festival in 2010 and 2014, in America for the Classical Mandolin Society of America’s annual convention in 2012 and in many Sydney venues. Fiona has taught classroom music and conducted various ensembles in NSW highschools and teaches the mandolin privately. 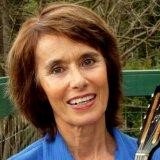 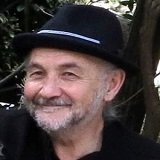 Yuri Halay has been involved for many years in music from the Balkans to the middle and Far East and beyond. His Instrumentation includes oud, domra, mandolin, mando-cello, gaida, kaval, zurna, dizi, souna, tres, baglama ⁄ saz, bansuri and clarinet. He has worked for Musica Viva from 1992 and Young Australia performing in schools throughout Australia. Yuri also plays tenor domra with the Sydney Balalaika Orchestra, which frequently tours playing Russian folk music on original instruments. 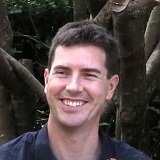 Darryl Rule attained his BMus degree from the University of Witwatersrand, Johannesburg, specialising in Musicology and Performance, under the tutelage of guitarists Fritz Buss and the late David Hewitt. He has taught both privately and at schools, performed in numerous ensembles, musicals, festivals, and was a founding member of the Johannesburg Guitar Quartet. He has a Masters in Journalism, worked as cultural reporter for the Mail&Guardian newspaper and researched for the Continuum book Soweto Blues: Jazz, Politics and Popular Music, by jazz writer Gwen Ansell. After moving to Sydney, Darryl has continued teaching, joined the Sydney Classical Guitar Society Orchestra, and has been awarded an AMEB Associate Diploma in Classical Guitar 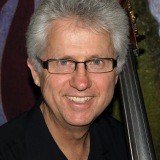 Alex Burger studied classical guitar and took up bass at an early age. He has played in several ensembles and groups in Adelaide and Brisbane and more recently in Sydney where he has played double bass with the Sydney Mandolin Orchestra from 2006 to 2010 and as part of the bass section for the 2008 Federated Australasia Mandolin Ensemble Music Festival. Alex is a founding member of Plektra and has toured with them to Europe for the BDZ Plucked String Festivals in 2010 and 2014 and the US for the Classical Mandolin Society of America’s annual convention in 2012.

Of the various mandolin cultures in the world, Australia’s is arguably closest to that in the United States. Plektra, a seven-member ensemble from Sydney, is the brainchild of Stephen Lalor, one of the leading lights of the mandolin scene down under (CMSA members who attended the recent convention in Minneapolis no doubt have fond memories of Plektra’s outstanding performances there).

All of the music on the CD is arranged or composed by Lalor. The playing is highly polished with (very) tight ensemble and beautiful sound throughout. Lalor’s music is immediately appealing — harmonically straightforward, highly melodic and rhythmic with a strong Russian influence (such as the first and third movements of the “Brisbane Suite,” a highlight of the CD).

Many mandolinists talk a world music game, but Lalor (and Plektra) walk the walk and play for keeps.

Plektra is a mandolin ensemble based in Sydney, performing [...]

Plektra Performing Poloninu (by Stephen Lalor) at the Mosman Music [...]