A native of Savona, Italy, Carlo Aonzo has an extensive background in Italian classical music.

He graduated with honors from the Conservatory of Padova, founded the Ligurian Orchestra and Quartet for plectrum instruments and played mandolin at MilanÌs famed La Scala Orchestra. Carlo’s research into mandolin history has taken him throughout museums and archives of Italy, the U.S. and northern Europe. Carlo is the artistic director of the most important mandolin festival in Italy and has won awards at major competitions like the Vivaldi prize in Venice, Italy and the Walnut Valley Folk Festival in Winfield, Kansas.

Carlo Aonzo, mandolinist, is a native of Savona, Italy where he grew up immersed in music. His initial teacher, his father Giuseppe (Director of the “Circolo Mandolinistico G. Verdi di Savona”), instilled in him a love and respect for the mandolin that has remained with him all his life. As a teenager Carlo went on to study with Ugo Orlandi, the current patriarch of the Italian mandolin, at the Cesare Pollini Conservatory in Padua where he graduated with honours (summa cum laude) in 1993. His playing has been recognized with awards at prestigious competitions including winning the “Vivaldi” prize of the 6th annual Vittorio Pitzianti National Mandolin Competition in Venice and first prize at the 27th annual Walnut Valley National Mandolin Contest in Winfield, Kansas. 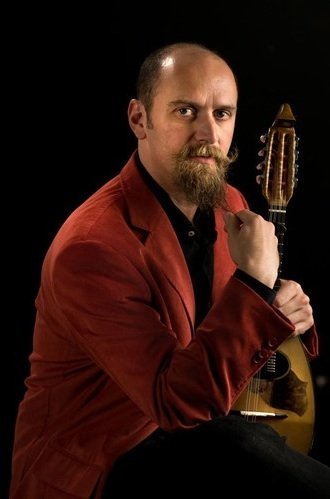 Carlo has toured throughout Europe, Italy, Japan, the USA and Canada as a soloist and with chamber ensembles and orchestras (both professional and amateur). He has worked with many prestigious musical institutions including La Scala Philharmonic in Milan, Emilia-Romagna Symphony Orchestra, Savona Symphony Orchestra, Cannes Symphony Orchestra, Nashville Chamber Orchestra and as director of the Ligurian Plectrum Orchestra (Orchestra a Pizzico Ligure) who were called to play in the presence of Pope John Paul II. In 1998 he inaugurated the annual winter International Mandolin Festival in Varazze, Italy, and directed many editions of the festival over the years, calling on some of the most respected names in mandolin and guitar to perform there.

In 2006, Carlo conceived and founded the International Mandolin Academy (L’Accademia Internazionale del Mandolino), an association that promotes Italian classical mandolin culture. That same year he inaugurated the week-long workshop of the same name whose purpose is to promote the art of Italian classical mandolin playing, attracting the attention of international fans of the sector. The Academy takes place annually in Italy or Switzerland and participants come from all over the world to attend this event (USA, Canada, Japan, Taiwan, Israel, Germany, Netherlands, Portugal, Hungary, Scotland, Switzerland and Italy).

The Classical Mandolin Society of America has invited him numerous times to their annual conventions. He was guest artist in 2004 in Philadelphia, in 2007 in Sarasota (Florida), in 2008 he led the convention in Montreal (Canada) directing the En Masse Orchestra and leading teacher orientation workshops and conferences on the history and repertoire of the instrument. In 2011 he was invited back to the convention in Baltimore and gave workshops on technique and repertoire. He will be guest artist at the next CMSA convention to be held in Minneapolis in October 2012.

Carlo is also an active scholar of historic mandolins, mandolinists and mandolin repertoire and has contributed to The New Grove Dictionary of Music and Musicians while also editing books on music for Bèrben and Armelin publishers. He has given presentations on the iconography of the mandolin at prestigious institutions around the world including Boston University (Massachusetts), Wisconsin Conservatory of Music, Milwaukee University, Vanderbilt College (Nashville), Maryville College (Tennessee), New England Music College (Massachusetts), the Italian Institute of Culture in Vancouver (Canada), the Italian Institute of Culture in Philadelphia, Hofstra University (NY), the Italian American Museum in San Francisco, the National Instrument Museum in Rome and the Berio Library (Genoa).

Carlo’s recordings reflect his scholarship and passion to both champion the mandolin’s forgotten past and to develop its classical tradition into the future. He has recorded Paganini’s complete works for mandolin on period mandolino genovese with the octave-guitar tuning (Integrale per Amandorlino & Chitarra Francese). His recordings have also featured the works of early 20th century Italian virtuosi with guitarist Beppe Gambetta (Serenata) and Italian immigrants to America with Gambetta and mandolinist David Grisman (Traversata). He featured on David Grisman’s cd Crossing (American mandolin). For Mel Bay, he has recorded an in-studio video concert of solo mandolin repertoire (Carlo Aonzo: Classical Mandolin Virtuoso), was featured in the bookMandolin 2000 and in 2010 released the book & cd collection Northern Italian & Ticino Region Folk Songs for Mandolin. His Orchestra a Pizzico Ligure’s recording of arrangements of Vivaldi concerti (Antonio Vivaldi: Concerti per Mandolino e Concerti per Orchestra) is a rare demonstration of the rich sonority of a modern, active mandolin orchestra.

His collaboration with guitarist Katsumi Nagaoka in Europe has resulted in successful concert tours and an exciting CD, Kaze, which offers both a respectful nod to historic repertoire and premiers lively, sophisticated new compositions. Other recent recordings have featured him partnered with keyboardist Elena Buttiero (on spinet and piano): Il mandolino italiano nel Settecento (2008) and a cd of Romantic works, Fantasia Poetica(2010). Carlo’s duo with Elena Buttiero has completed three successful tours of the USA (in 2009, 2010 and 2011) and were invited to perform at the Europfestival Zupfmusik 2010 in Bruchsal, Germany. Carlo’s most recent collaboration with Cuban guitarist René Izquierdo in the US has seen the release of a lively rendition of music for mandolin and guitar by Genoese composer and violinist Niccolo Paganini (Paganini). Carlo and René toured the southern states of the US in October 2011 and embarked on a cd release tour of the Northeast US in May-June 2012, including a performance for the Italian Consulate of Philadelphia for Italian National Day.