Avital Meets Avital, a highly acclaimed project, billed as ‘classical crossover’ and called “Utterly Brilliant” by the likes of Grammophone is finally coming to Greece on the 14th of October (click here for details). I will definitely be there, to enjoy a great world musician that has achieved something that very few others have. A musical career with the mandolin.

Avital Meets Avital is the exhilarating and stylistically diverse testament of the meeting of two musicians – a classical mandolinist and a jazz bassist – who share not only a last name but the family history that comes with it. In this album they unearth that history and infuse it with sound.

“THE MUSIC IN THIS ALBUM TELLS THE STORY OF A SPECIAL BOND: THE ENCOUNTER OF TWO MUSICIANS WITH DIVERGENT ARTISTIC PATHS BUT A SIMILAR FAMILY HISTORY. IT IS A MUSICAL CONVERSATION ABOUT THE SOUNDS AND MEANINGS OF HOME, ABOUT MEMORY AND ABOUT FREEDOM.” – Avi Avital

Classically trained virtuoso Avi Avital and acclaimed jazz performer and composer Omer Avital grew up in the melting pot of 1980s Israel, and are both of Moroccan ancestry. Their shared last name is a marker of Jewish Moroccan families who changed the Moroccan name “Abutbul” to the more Hebrewsounding “Avital” when they immigrated to Israel, a move that is perhaps symbolic of the will to assimilate.

For many years Avi Avital and Omer Avital devoted themselves mainly to the Western repertoire: one to classical, the other to jazz. As their international careers took off, one moved to Berlin and the other to New York. But in the musical encounter that led to Avital Meets Avital, they were reunited across continents and genres by their shared heritage. From the intersection of Moroccan beats, Israeli harmonies, a classical sensibility and the improvisational freedom of jazz, an intimate reflection emerged on their shared roots and different journeys.

The instrumental pieces that were spun from the dialogue between the Avitals, most of which were specifically composed for this album, reflect in myriad ways the intensity and emotion of their quest to find “home”. And yet both musicians courageously abandon familiar terrain. Avi Avital, who has spent most of his life deepening the classical repertoire for the mandolin, uses the album to expand his musical horizons and to rediscover sounds and colours that shimmer from his past. Omer Avital likewise ventures beyond his customary world, exploring paths beyond jazz by embracing classical themes and forms.

The initial work on this album originated in 2012, when Avi Avital was invited by the Bremen Musikfest to put on a “surprise concert”, with the sole requirement that he stage something completely new. “I immediately thought of Omer for this project, though I could scarcely imagine what a musical collaboration between us would sound like”, says Avital. “Our first week of rehearsals and jamming in New York was, for me, nothing short of a revelation. Omer had already integrated materials from his cultural heritage into his work, but for me it was the first time I’d experienced that. I was given the freedom and the conducive environment to devote myself to improvisation, composition and exploration of non-classical and Moroccan music. Those long-forgotten sounds flooded me with strong feelings of nostalgia and familiarity.”

In Zamzama and Hijazain the Arabic maqamat (modes) emerge in full force. Ana Maghrebi (“I am Moroccan”) pays tribute to Andalusian music, and Maroc is based on the most typical Moroccan rhythm produced by the krakebs (large castanet-like instruments made of iron). Yet the ballads on the album – Lonely Girl and Ballad for Eli – are far more classical in outlook, and Avi’s Song takes inspiration from Balkan music, using an 11/8 rhythm as a basis. The final piece, The Source and the Sea by Israeli-Polish composer Moshe Vilenski, pays homage to the musicians’ parents’ generation, and its own experimentation with creating a new musical language that reflects a blend of cultural influences.

Transcending genres and decades, Avital Meets Avital takes us on a journey through longing, reminiscence, and sheer exuberant joy. The two musicians’ chamber-like interaction, enriched by the contributions of jazz pianist Yonathan Avishai and percussion artist Itamar Doari, gives rise to a vibrant and revealing conversation that renders existential and heartfelt yearning immediately tangible. The striking mosaic of shades and moods tells a story of self-discovery that is as intimately personal as it is universal. 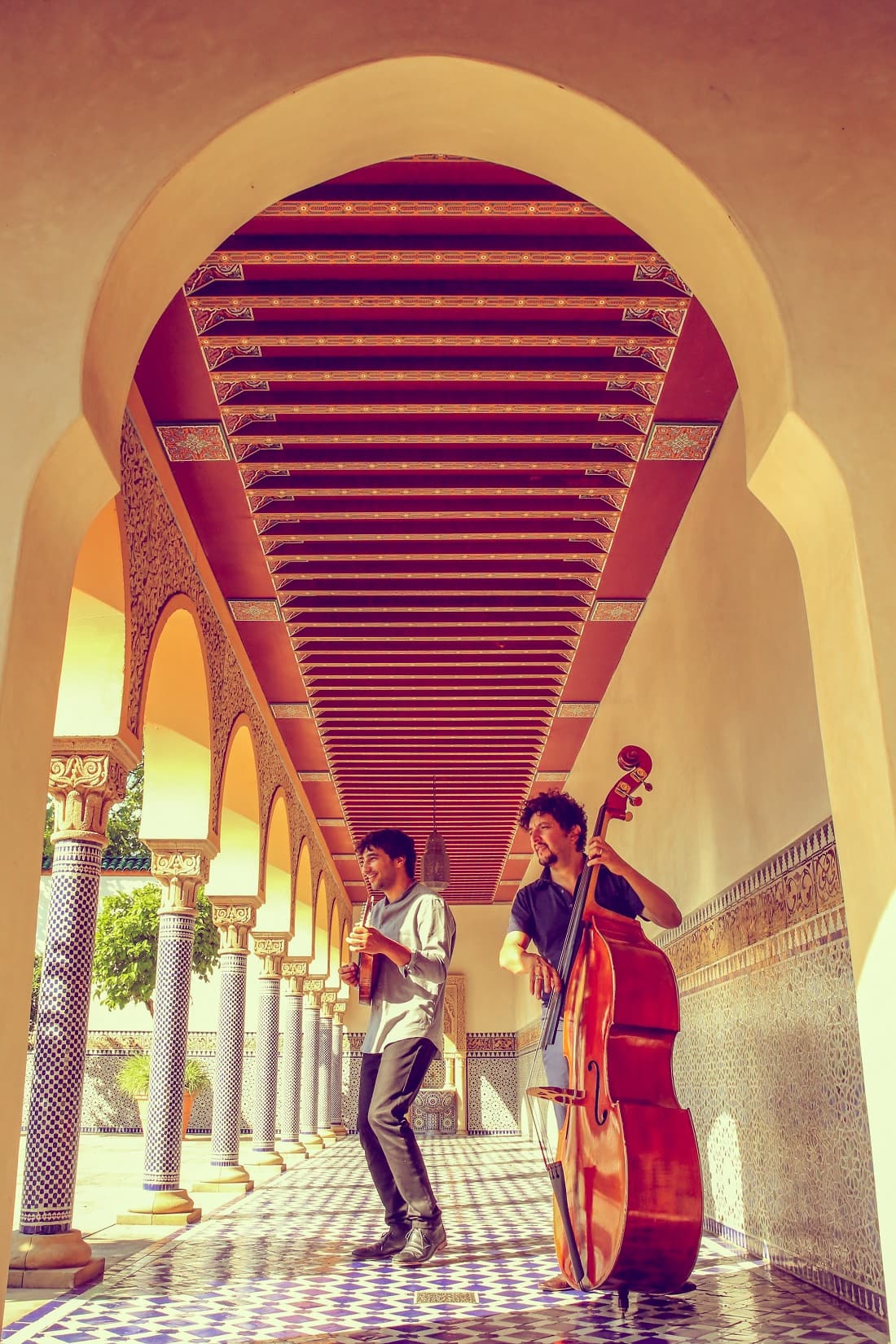