This is Avi Avital debut album for Deutsche Grammophon, devoted to one of his great passions: the music of J.S. Bach. The programme includes Avi’s own mandolin transcriptions of three concertos and a trio sonata by the great Cantor of Leipzig.

To read more about Avi Avital, check the:

“Music is forever; music should grow and mature with you, following you right on up until you die.” 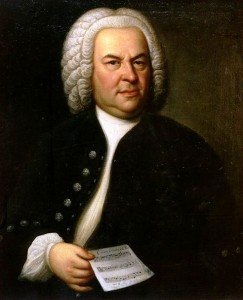 Johann Sebastian Bach (31 March 1685 – 28 July 1750) was a German composer, organist, harpsichordist, violist, and violinist of the Baroque period. He enriched many established German styles through his skill in counterpoint, harmonic and motivic organisation, and the adaptation of rhythms, forms, and textures from abroad, particularly from Italy and France. Bach’s compositions include the Brandenburg Concertos, the Mass in B minor, the The Well-Tempered Clavier, his cantatas, chorales, partitas, Passions, and organ works. His music is revered for its intellectual depth, technical command, and artistic beauty.

Bach’s abilities as an organist were highly respected throughout Europe during his lifetime, although he was not widely recognised as a great composer until a revival of interest and performances of his music in the first half of the 19th century. He is now generally regarded as one of the main composers of the Baroque period, and as one of the greatest composers of all time.

There are numerous resources to read more about Bach. I recommend: